This past February 15, Xenia Pestova and I presented the inaugural concert of our new duo at the Chapelle Historique du Bon Pasteur, as part of the Innovations in Concert series. The concert, titled ground / terre combined practices of North Indian classical music and new music. Our goal was to create an intimate, embodied experience, deeply influenced by the warmth and intimacy of Indian music. The performance included commissioned work, improvisations, and traditional music.
Innovations in Concert recorded this short promo video, where we discussed the concepts behind the event.
The idea for the duo began when we collaborated for the recording of Nicole Lizée's Metal Jacket, for tabla and harmonium, for my album, Cycles. Xenia has done a lot of work with toy piano, and I thought that since both the harmonium and toy piano are played seated on the ground, that, in additional to their complementary sonic palettes, they would work really well with tabla.
The programme included the world premieres of The Migration of Their Materials, for toy piano and tabla, by Tina Pearson and Something to Say, by Tawnie Olson. Migration combines composed and improvised aspects, and has us focus on our breathing to set the pacing. I play tabla, with some extended techniques, while Xenia plays toy piano, in addition to her voice and the use of combs to imitate bird sounds. Something to Say is a provocative piece for tabla and fixed media. In it, the tabla plays English text, much like how the tabla plays Sanskrit and Hindi in traditional bol paran compositions. Here, the bols are in English, and I try as best as possible to have the tabla 'speak' the words. (It's the words themselves that are provocative...)

We also performed the piece that started it all, Nicole Lizee's Metal Jacket, for harmonium and tabla (one baya and 4 dahinas!); a duo improvisation, which we named terre, making use of all our instruments; and I played a traditional tabla solo in Teentaal, accompanied by Xenia on harmonium. Xenia also played some solos to round out the programme: Three Liturgies by Carlos D. Perales, Gothic, by Ed Bennett, Sonata in D minor K10, by Domenico Scarlatti, and Étude d’après Scarlatti, by Patricia Alessandrini.

Before the concert, I took some shots of our beautiful setup, while Xenia was practicing: 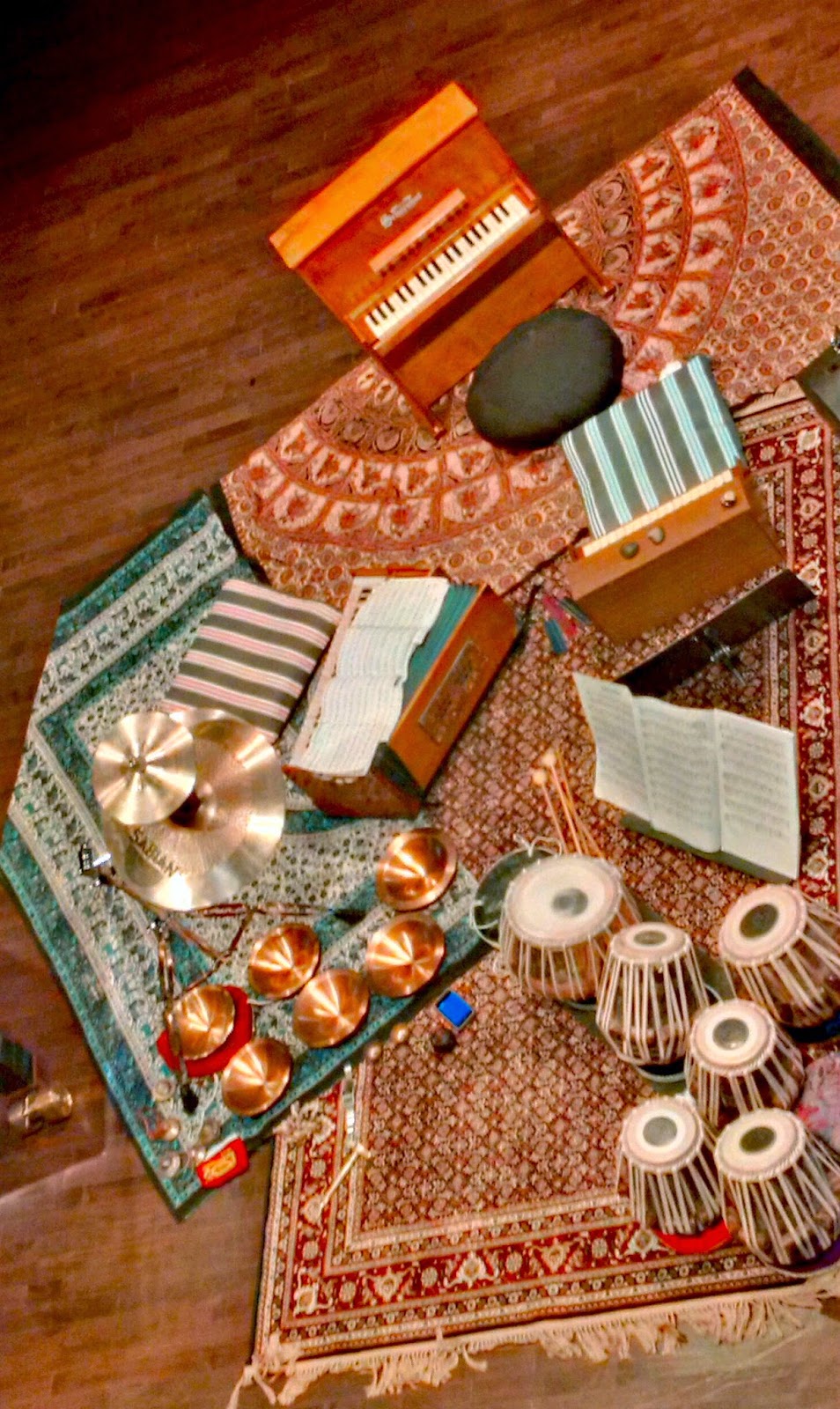 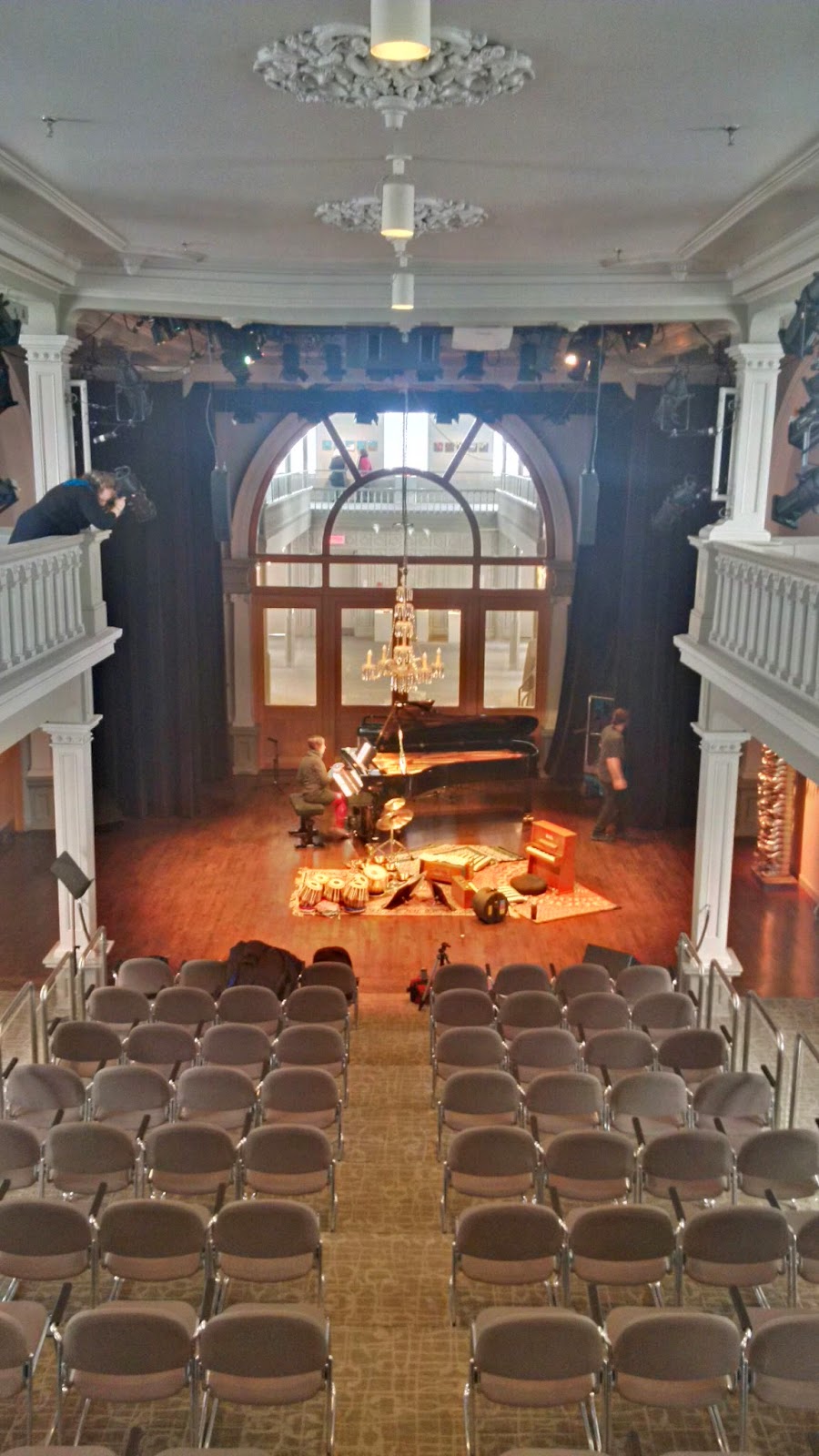 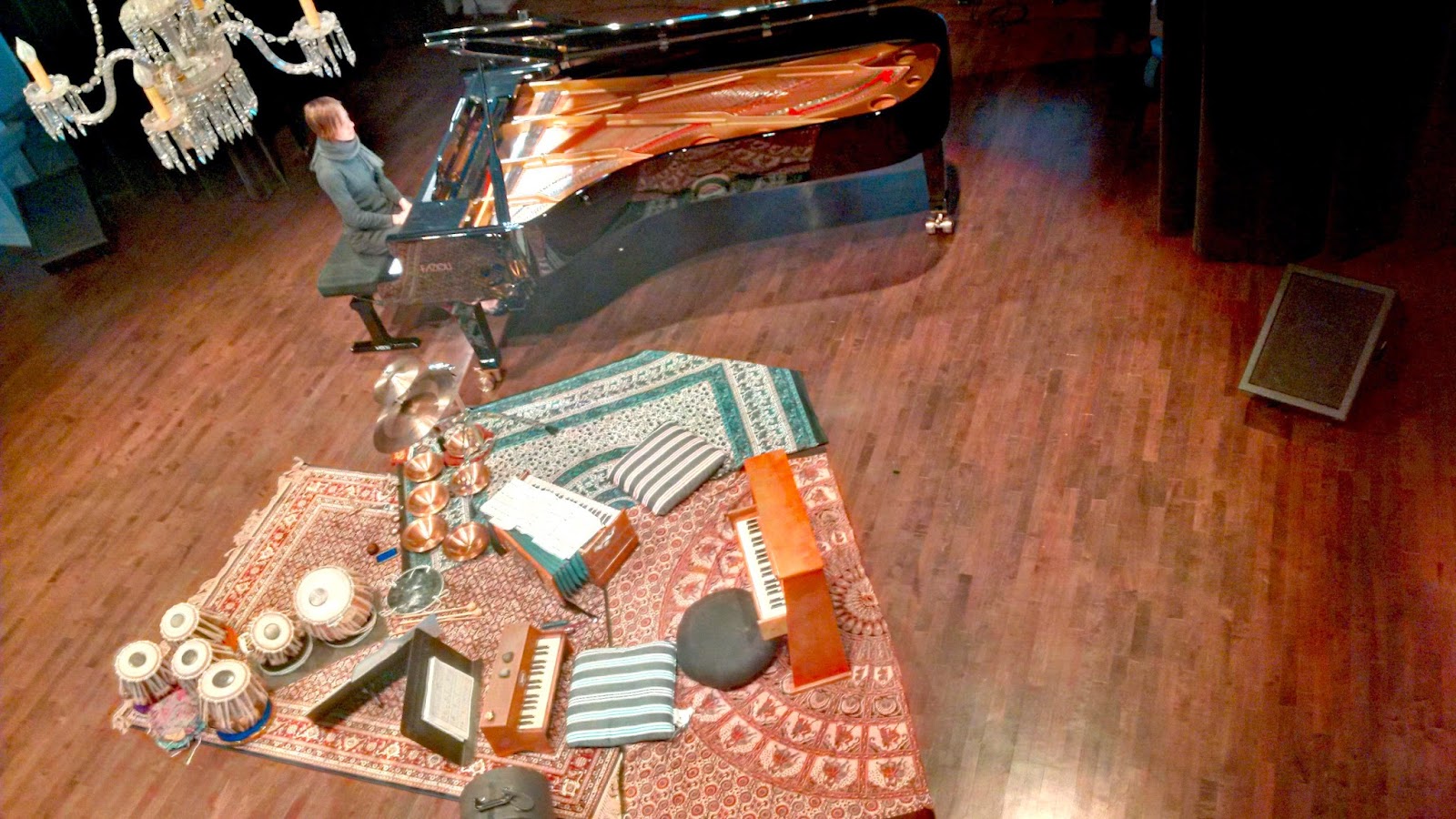 And here are some concert photos by Nick Hyatt of Innovations in Concert: 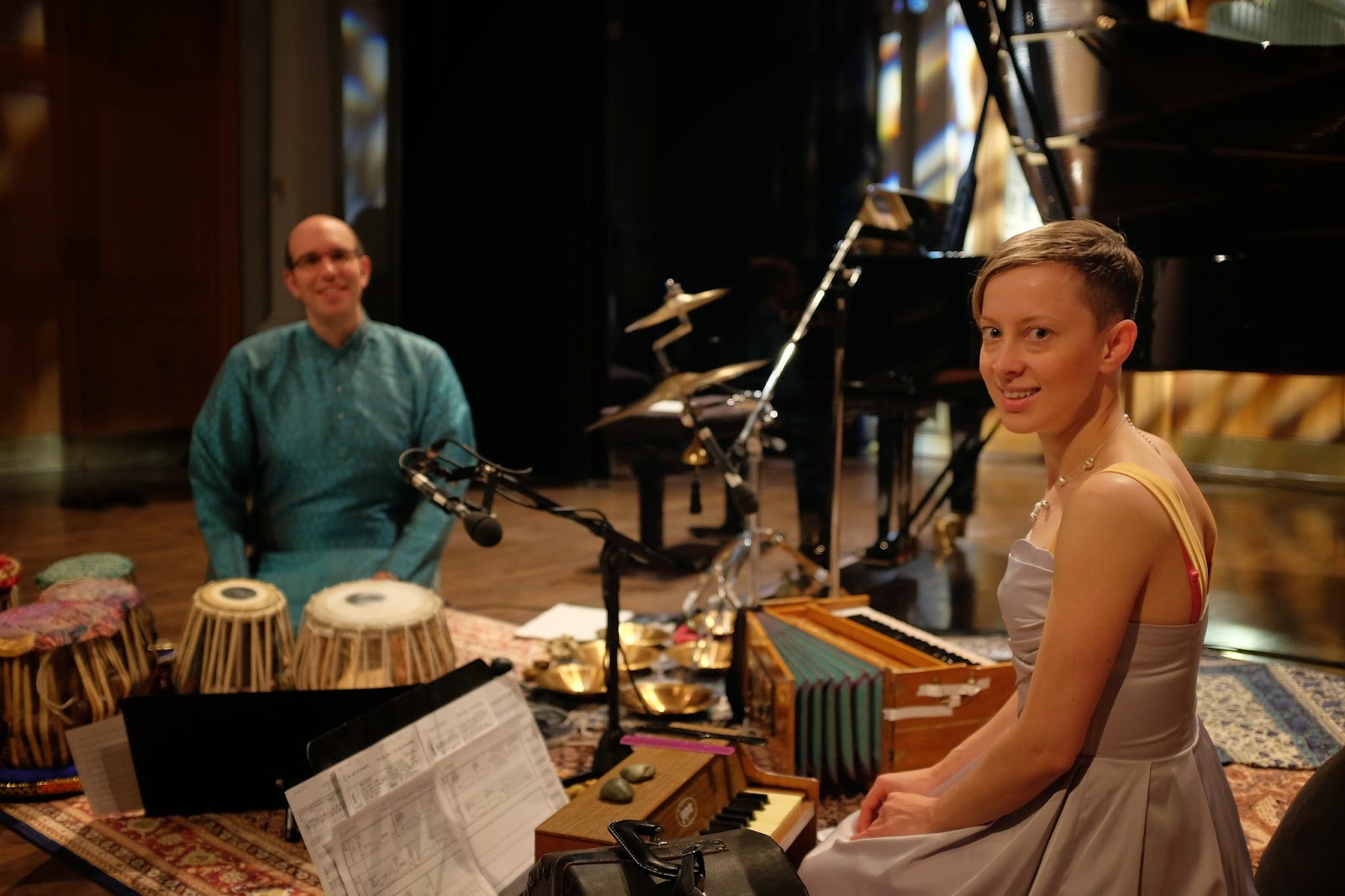 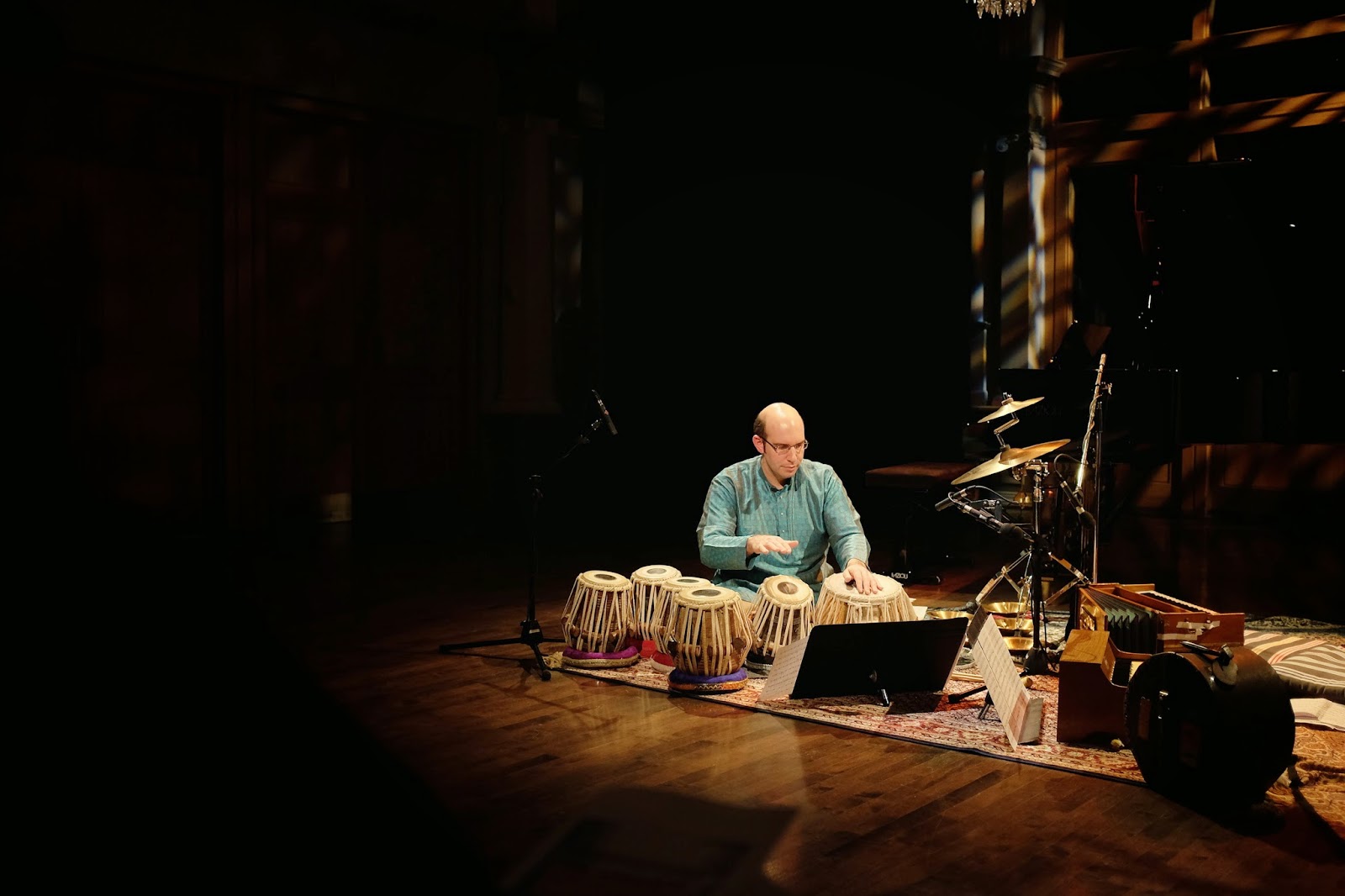 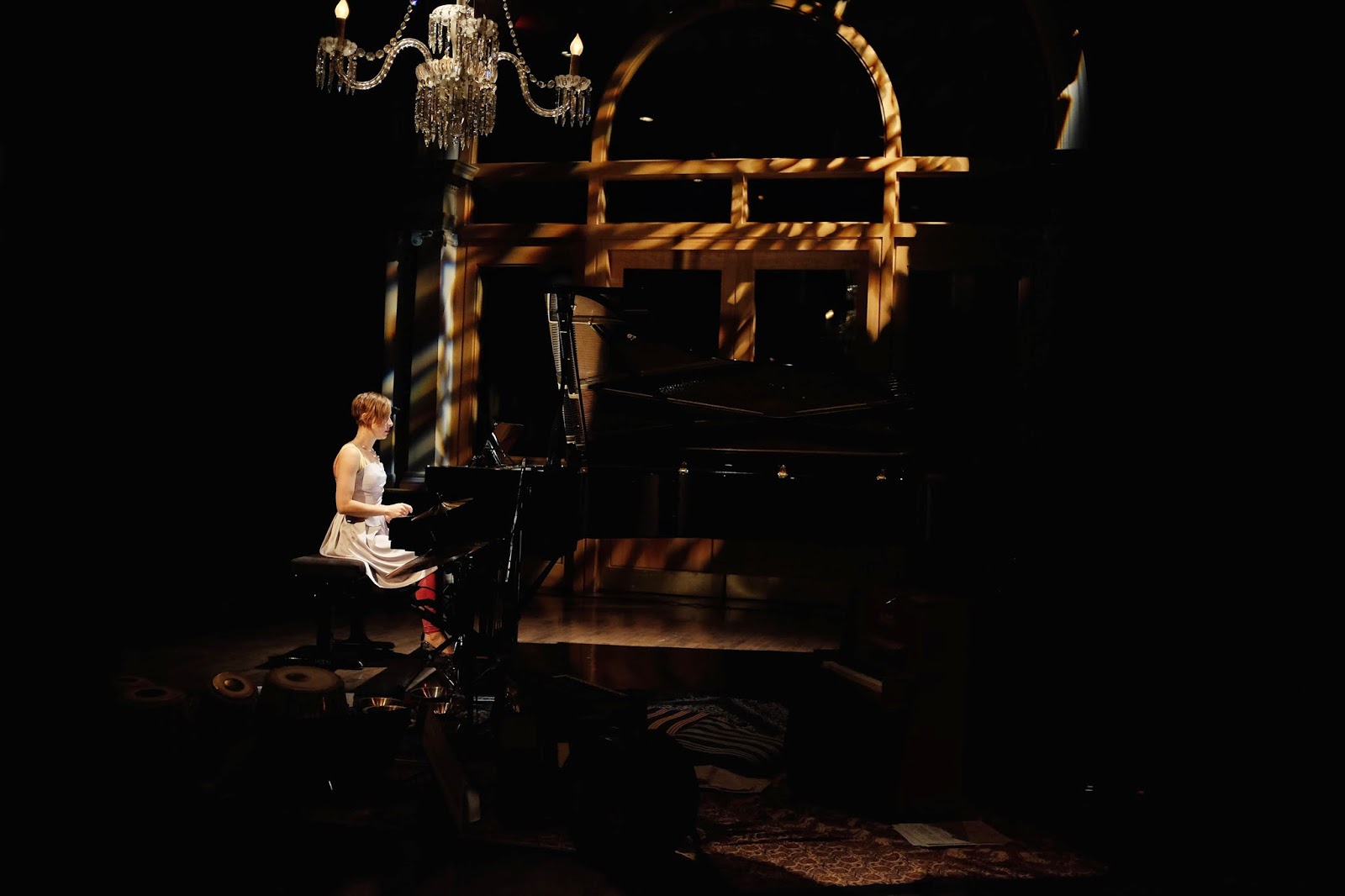 This concert was just the first of many to come. There will certainly be more tabla + harmonium + toy piano coming your way! 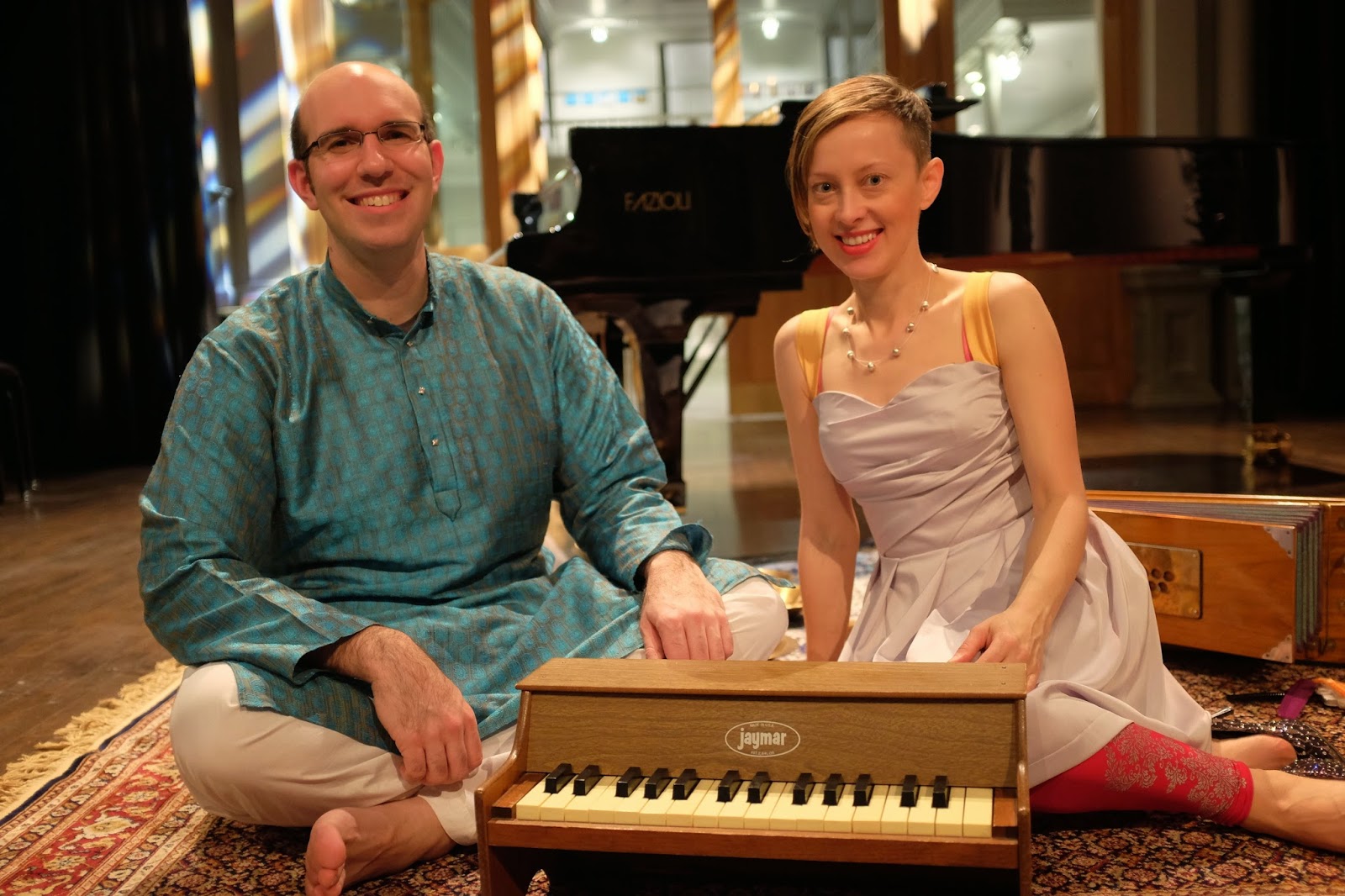