This past January, Ragleela went into the studio to record the group's third album (my first with the group), Third Ear, which will be released this fall. On the album is Uwe on sitar and sansa, Jean-Marc on 7-string guitar, Eric on percussion, Cédric on contrabass, Guillaume on clarinet and bass-clarinet, and with myself on tabla and some other percussion as well.

We recorded at Studio Frisson (Montreal), with Don on sound and Michel producing. I have recorded at Frisson numerous times in the past, with composers Nicole Lizée and Ram Borcar, but this was my first time at the new Frisson space in the east-end of the city. It's an old church that has been converted; very spacious!

Everything was recorded live, with everyone in the same space. Dividers were placed between us in order to isolate the sound of each instrument as much as possible.

Since the album won't be out for quite a while (patience, patience...), here are some photos in the meantime! :) 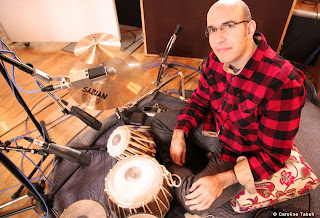 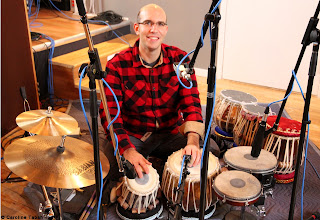 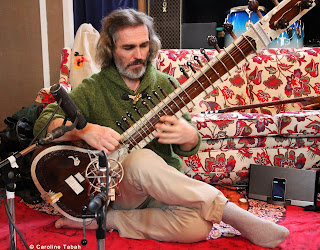 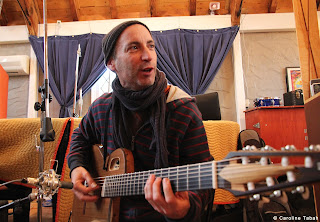 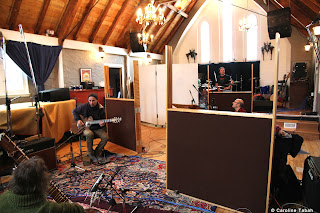 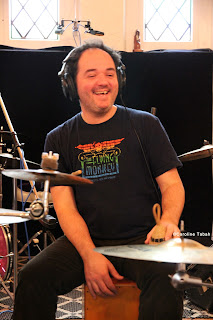 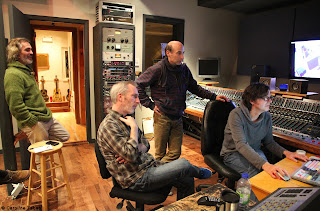 Thanks to Caroline for the photos!