A couple of weeks after returning from Bangor, I headed out on a small tour of Connecticut, centred around New Haven. Many thanks to composer Tawnie Olson, without whom this tour would not have been possible.
The first stop was the Educational Center for the Arts, in New Haven, where I presented a workshop on North Indian rhythm, followed by a lecture/recital on tabla in new music. I spoke about some of the existing repertoire and issues of notation, and performed a few pieces, including the US premiere of Tawnie Olson's provocative new piece, Something to Say, for tabla and fixed media. 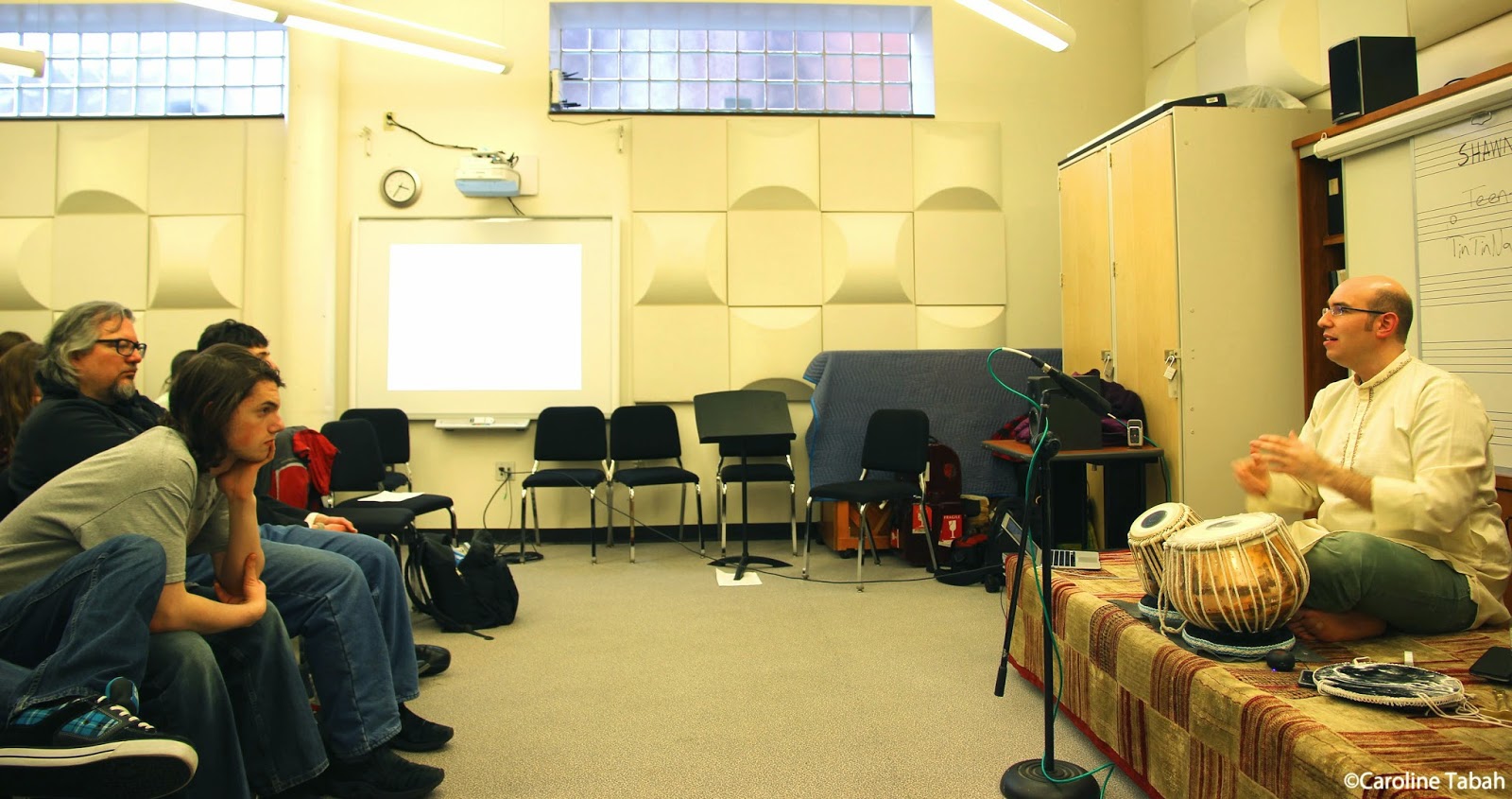 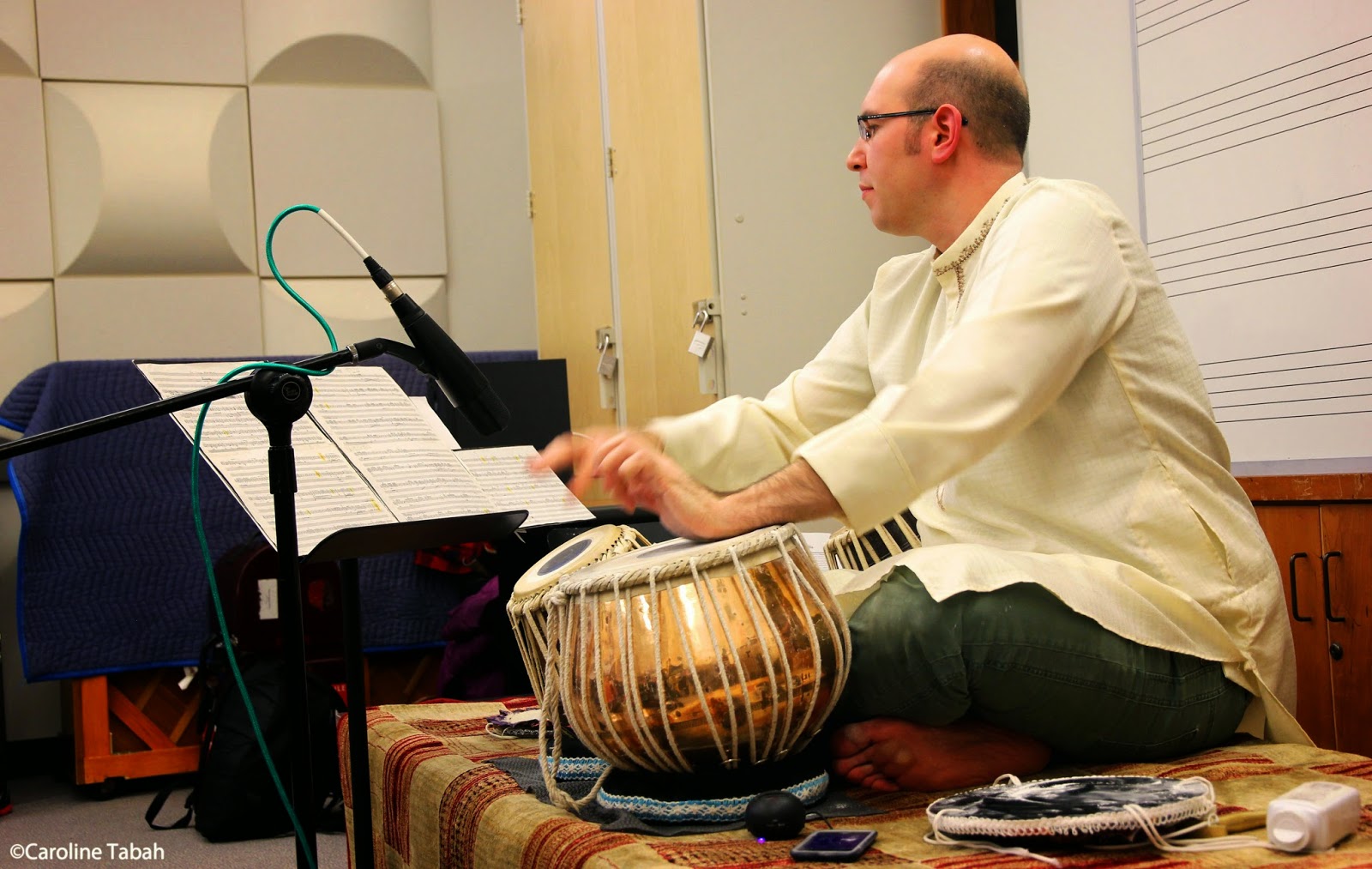 The next day, we were off to The Hartt School, at the University of Hartford, where I presented a tabla masterclass for the percussion students, hosted by Prof. Benjamin Toth. 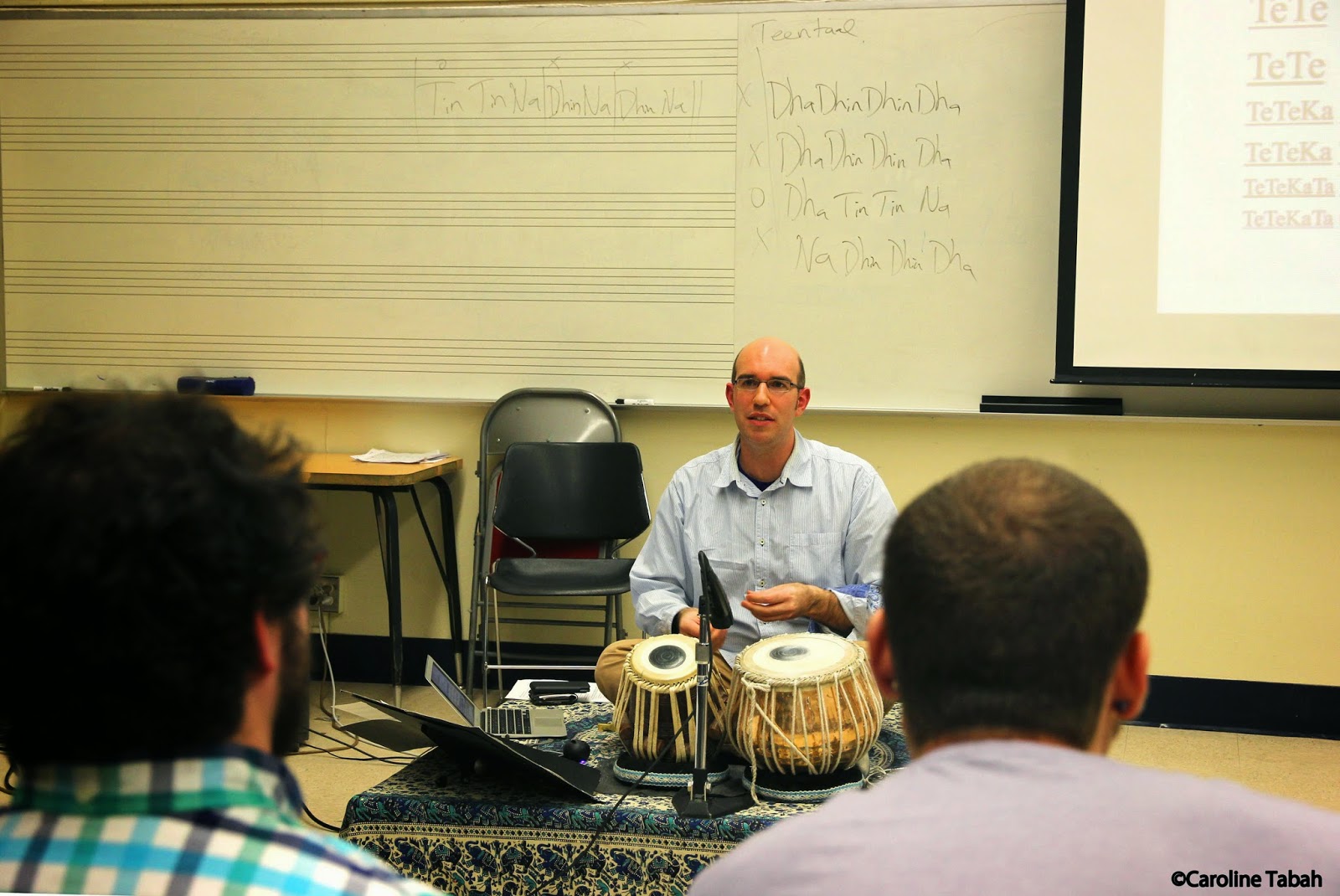 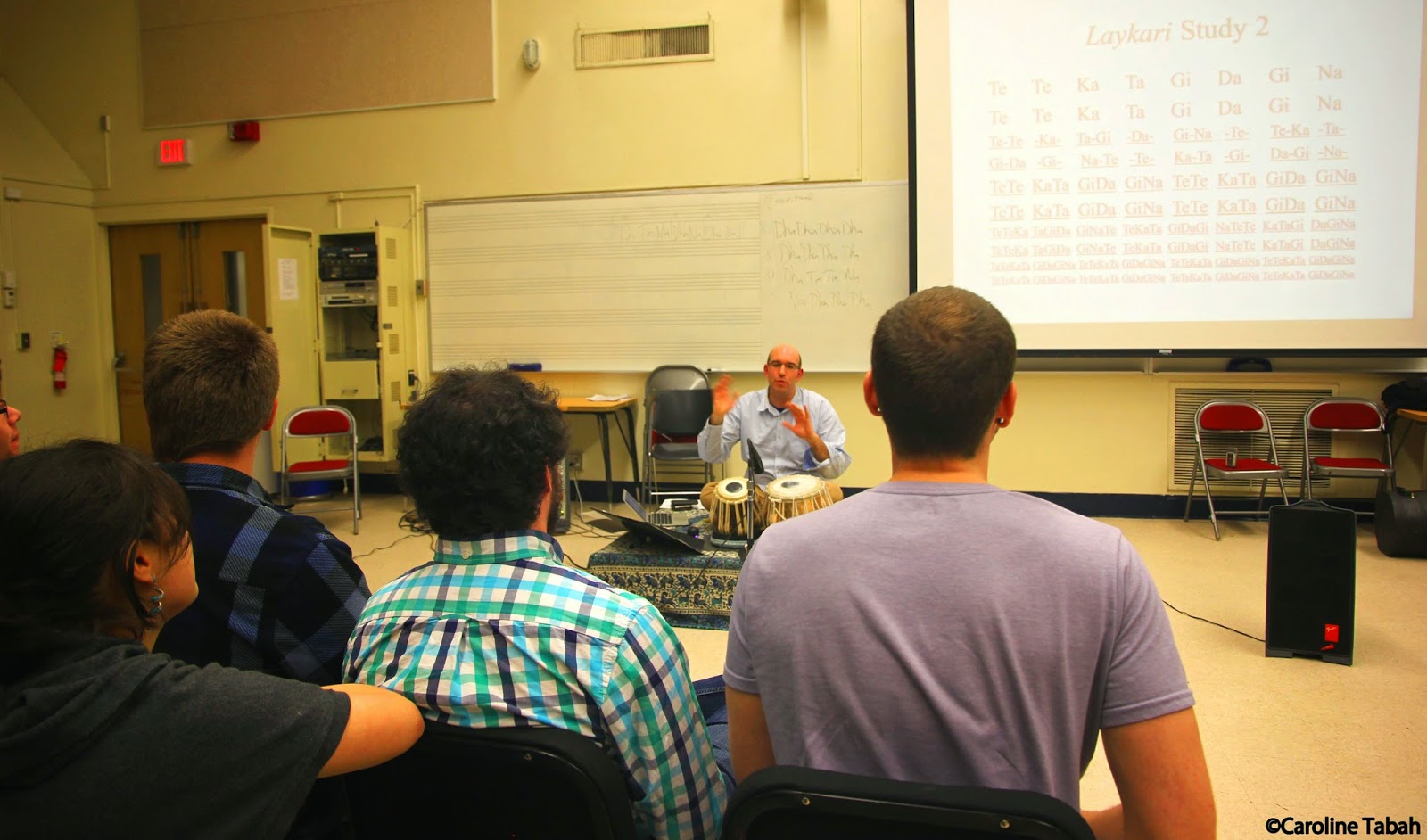 The tour wrapped up with a lecture at Yale, organized by Reena Esmail and the Yale Raga Society. 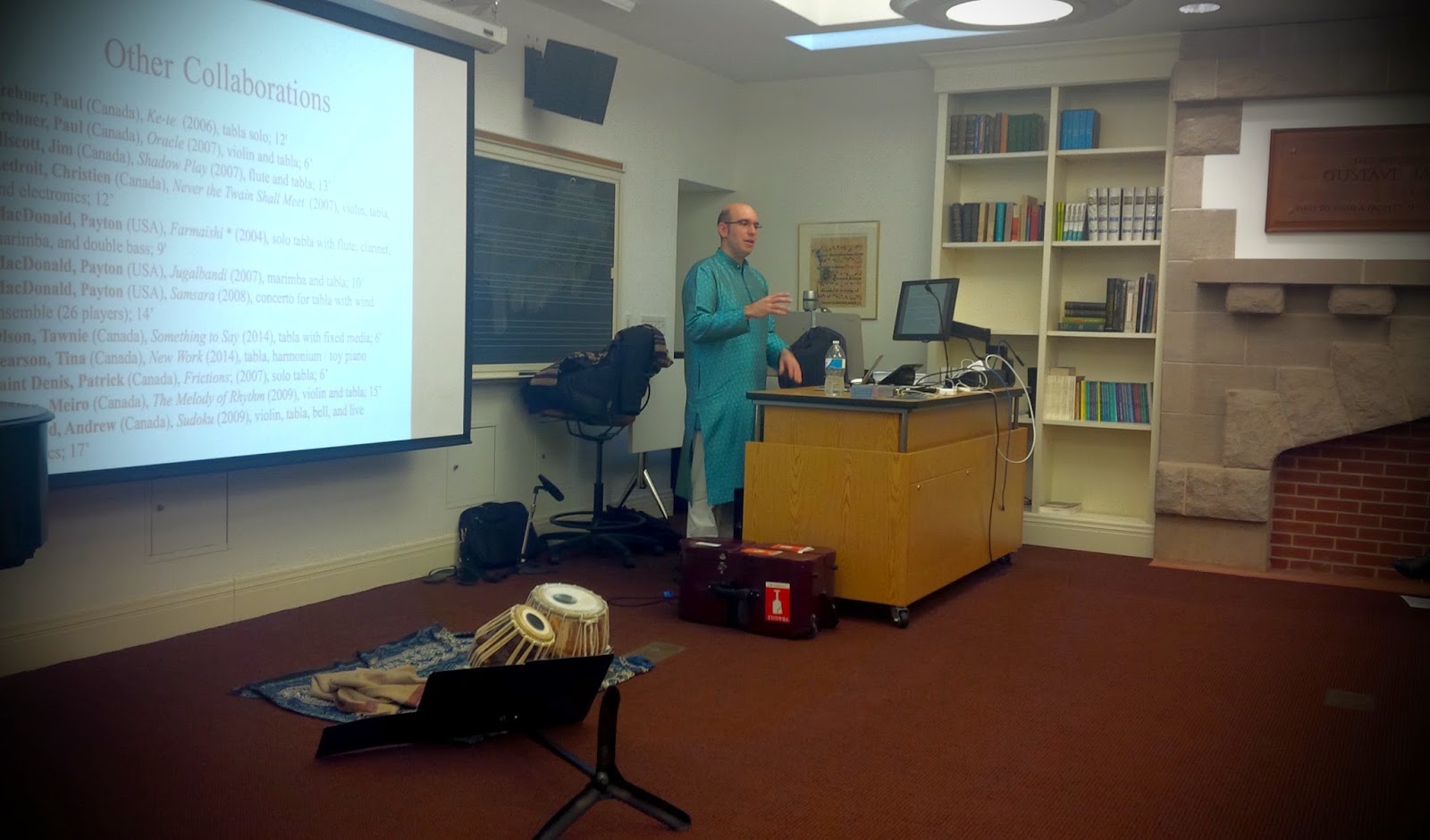 Thank you to Caroline Tabah for the photos!